There are many traditions associated with Chinese New Year, including:

*Each Chinese New Year is designated by one of 12 Animals (in the order of):
the Rat, the Ox, the Tiger, the Hare, the Dragon, the Snake, the Horse, the Sheep, the Monkey, the Rooster, the Dog, and the Pig.

*Sweeping the home before Chinese New Year gets rid of any bad fortune that may have been in the family and makes way for the incoming good luck. Sweeping is never done on the first day of the new year for fear of sweeping away good luck and fortune.

*Staying up all night on New Year’s Eve brings longevity to one’s parents.

*Preparing and eating a fish with head and tail intact guarantees continuous good fortune. Breaking the fish is avoided during or after cooking as cutting things up is considered bad luck. The fish symbolizes togetherness and abundance. Many times, half of the fish is served during the New Year’s feast and the rest is served the next day. Leftovers symbolize the sign of prosperity; that the family will always have more than enough.

*The red envelopes (known as li see paper), which are often filled with money, are handed out for good luck.

*Lion dances are performed as a symbol of protection and good luck. It is also believed that the noise from the drums, the face of the lion, and the way the lion dances scares away bad or evil spirits.

Our school has been very fortunate to have one of the lion dance associations perform for our students the past three years. I missed the performance last year (was home sick). This year just as the performance was about to start, a big black cloud appeared over head. It started to pour just as the lion began to dance, so the kids had to run for shelter and it rained much of the performance. 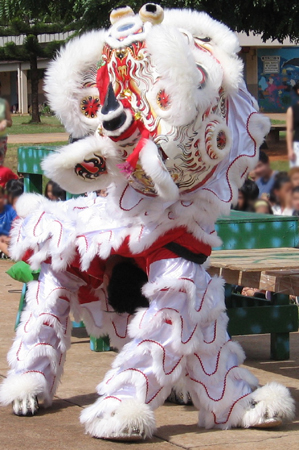 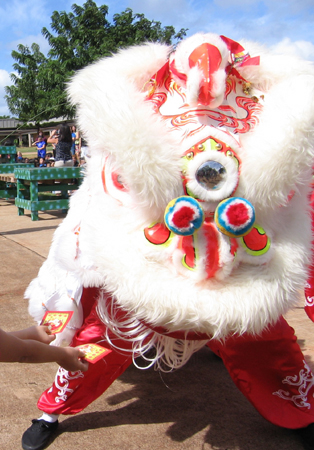 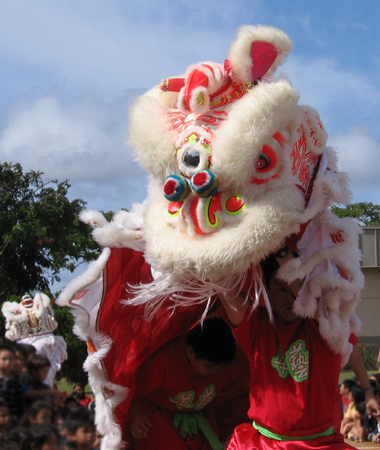 4 thoughts on “the year of the rat”