Jill at Fizzy Thoughts recently posted about the ten T’s she loves. I took a leap and decided to participate blindly in this letter meme hoping I would not get the letter Q, X, or Z. To participate, all you have to do is ask for your letter, and voila…you will have an instant topic to post about. Jill assigned me the letter G. At first I though G would be pretty difficult but surprisingly I was able to come up with a list of 18 G things that I love. Here are ten of them…

1. Google – How did I ever survive before the world of Google? Now whenever I need to find anything out, I just grab my computer and google it. Can you imagine the look on people’s faces years ago if you said, “Wait, let me google it?” Now what else can you think of has an I’m Feeling Lucky button!

3. Gymnastics – I love to watch women’s gymnastics, almost as much as watching baseball. The uneven bars is my favorite event. 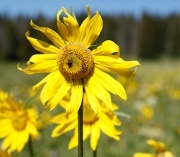 4. Girasoli – Sunflowers!!   During my first couple of visits to Italy, I fell in love with the fields of sunflowers. When signing up for an email account many years ago, I decided on coming up with an Italian name as my user name. After thinking about some of the things that I loved about Italy, I decided on using the Italian word for sunflower ~ girasole as my user name. Unfortunately girasole was taken.   Now I know that I am a singular person and “girasoli” means sunflowers (a plural word), but since girasole was taken and it became too confusing for my fingers to remember when to sign in as girasole and when to sign in as girasoli, I decided on using girasoli as my user name. I have used girasoli for so long now that it almost like my second name. That’s how I became to be known as ~ girasoli. 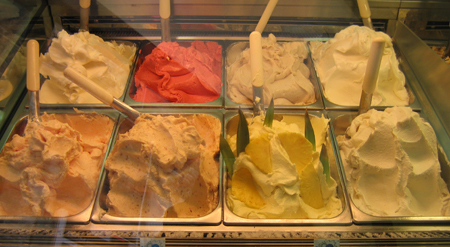 7. Gaucamole – The first time I tried an avocado was after moving to Colorado for graduate school. Mexican food was not big in Massachusetts when I was growing up. Once I tried gaucamole, I was hooked! Deelish!!

8. Genealogy – I started researching my genealogy over ten years ago. I have gotten pretty far with a couple of lines, even visiting the village my great grandfather came from in Italy but still have a ways to go with a few other lines. I received a surprise email on Saturday from a woman answering a question I left on a genealogy forum back in 1999. Her great grandmother was my great great grandfather’s sister. Now how cool is that?

9. Going to Italy – it’s a stretch using the letter G, but I had to find a way to include traveling to Italy in this list :)

10. Gilmore Girls – I got hooked on this show a few years ago. I was pretty sad when the show finally went off of the air. One of my all time favorite episodes was Season Five’s “Jews and Chinese Food”.

If you would like to participate, leave a comment and I’ll assign you a letter. After getting your letter, write about 10 things you love that begin with your assigned letter, and when people comment on your post, you assign them a letter, and so it goes and goes and goes…