I used to think that Orbs were water spots or dirt on the lens of the camera. Wikipedia describes them as light reflections off normally sub-visible particles when using digital cameras. I have also read the theory that they might be ghosts or spirits or something else mystical in nature. I found this interesting website called What are Orbs which talks about some of these possibilities. After reading more about Orbs, it makes me wonder if they could be something more than just dust or light reflections.

I took this photo of the little church near Katia’s house in Coccaglio back in 2003. We stopped by this church on the way to the yearly festival event taking place nearby. When I returned home from Italy that summer, I almost dumped the photo thinking it was ruined. I saved it though since it was the only photo I had of the outside of this cute little church. I also thought about trying to clean up the photo in photoshop but never got around to it. 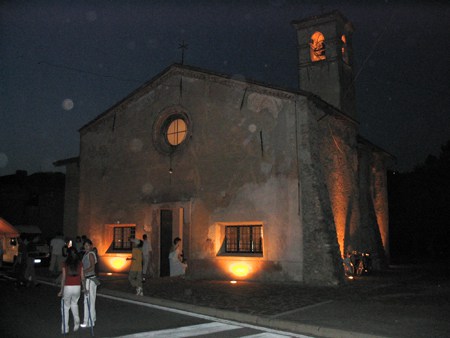 If you look carefully, you will see one Orb in this photo up above the light on the right and a few Orbs, which are more difficult to see on the floor. 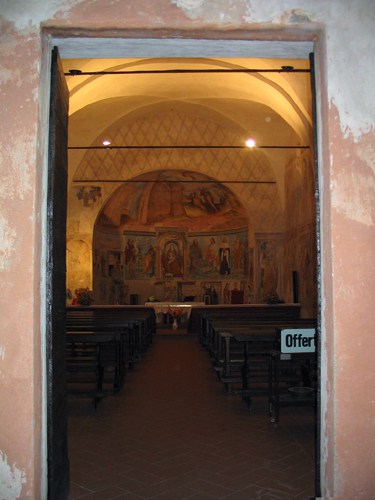 There is just one Orb that I can find in this photo on the wooden bench on the right. 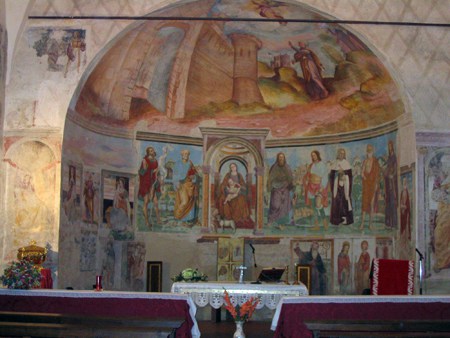 I don’t think it could have been dust on the camera though because I took the second and third photos right after taking the photo of the outside of the church. If it was dust or spots on my lens, I would assume the Orbs would be in the same spots on all three photos. I am sure I did not clean my camera in between shots. I also took other outside photos that night without any Orbs in them.

Here is a link to a story I saw on the news the other night (Friday the 13th) about Ghost tours and Orbs. Check out the cool shirt! *The video is no longer available.

It makes you wonder…