Tuesday, July 14th:
The weather was overcast when I woke up Tuesday morning. I hung out at my hotel for a while and had a late breakfast. When it started to clear a bit midmorning, I decided to go to the top of Mt. Mottorone.

The walk along the waterfront was very enjoyable. I checked out the 5 star hotels along the way and took lots of photos as I headed to the spot where the cable car to Mt. Mottorone was located. At one point, I became a little lost trying to reach the cable car station. The combo of taking photos and getting lost as well as the late start put me at the cable car ticket office right before the last ride up before their lunch break.

I bought my ticket (17.50 euros to the top) and got on the cable car along with what seemed like a class full of German and French preschoolers! It was an interesting ride up. At the midway stop (800 m altitude) everyone gets off. A second cable car continues on to the top (1491 m altitude). I had two choices, hanging out at the midway stop and checking out the alpine garden or continuing on up to the top. Because this was the last car going up until lunch was over for the cable car workers, I needed to make a decision and fast. Visibility was still good at the midway point. I decided to continue to the top. So did the gang of preschoolers.

As we continued towards the top, it started to get a bit fogged in. There still was one tiny spot that was clear. 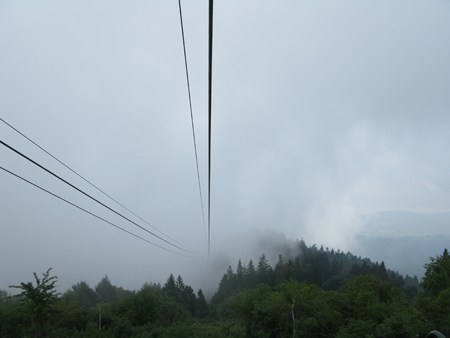 When we reached the top, I walked outside and was met with this view… 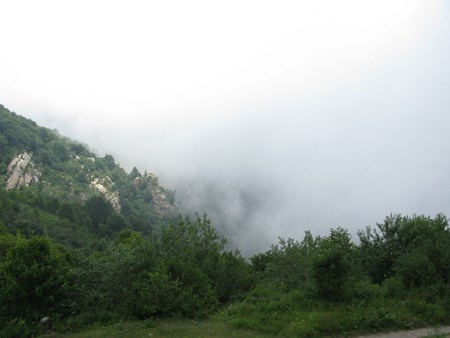 There really was not much to do up at the top… 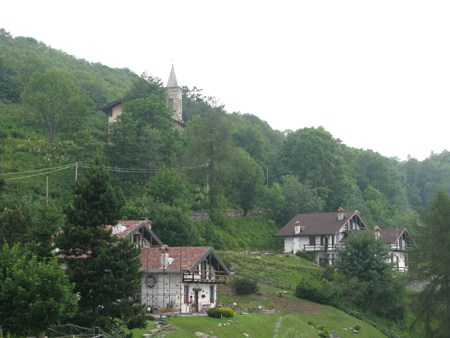 I knew from reading about Mt. Mottorone, that there was an alpine wildflower garden called the Botanic Garden Alpinia at the midway point. The walk to the Botanic Garden Alpinia was longer than I thought it would be. I enjoyed the walk as it was nice and cool, but I was a little concerned that once again I might be lost as the directions were not very clear. Along the way, I checked out the trees with these cool hanging flowers. 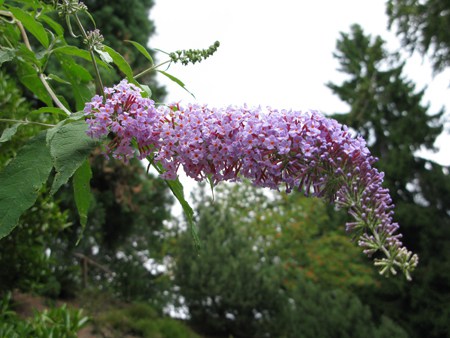 After about 20 or so minutes of walking on the main road, I finally found the Botanic Garden Alpinia. There was an older man sitting near the entrance. I didn’t even think about it costing anything. I am really not sure if my ticket was supposed to include the entrance fee or not, but after a short conversation, the man let me in. I have to say that if you decide to go see this garden, you really should see it before visiting the Villa Taranto. I enjoyed checking out the various wildflowers in the Botanic Garden Alpinia but I think they would have made more of an impact if I had not just seen the amazing variety of flowers at Villa Taranto.

Photos of a few of the flowers at the Botanic Garden Alpinia: 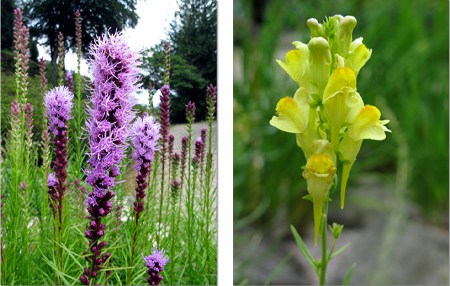 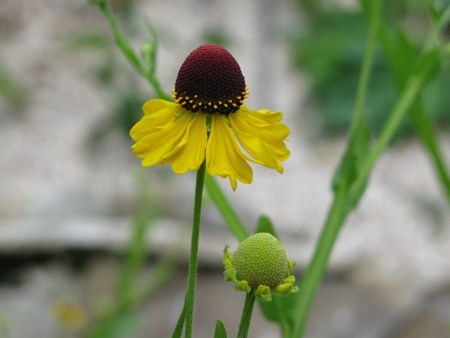 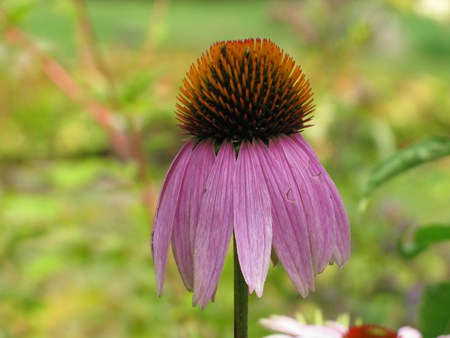 At the end of the main path in the Botanic Garden Alpinia, I came upon this little vista point. I decided that this would make a perfect lunch spot. 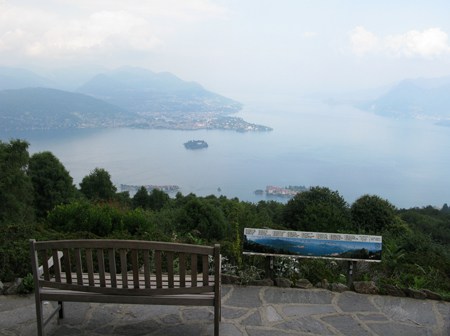 I took out my favorite coconut yogurt and my fruit and sat down. TIP… always be careful when opening a container of yogurt with a tinfoil type lid. As I pulled the lid, it exploded everywhere! All over my sunglasses, arm, shirt, shorts, everywhere! I had half a bottle of water and one small napkin and somehow managed to clean myself up.

As I walked back to the cable car, it began to sprinkle. It was nice and cool and refreshing, knowing that down below it was hot and humid.

Views of the ride back down: 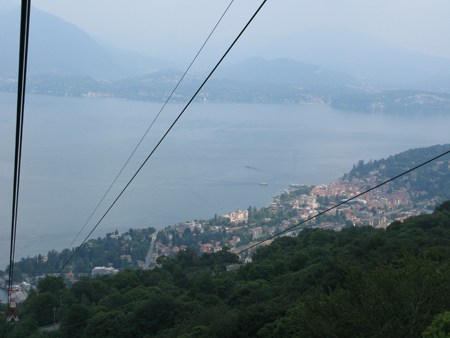 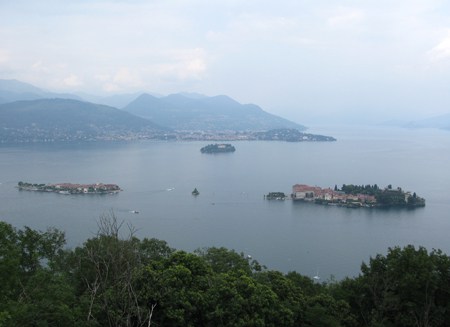 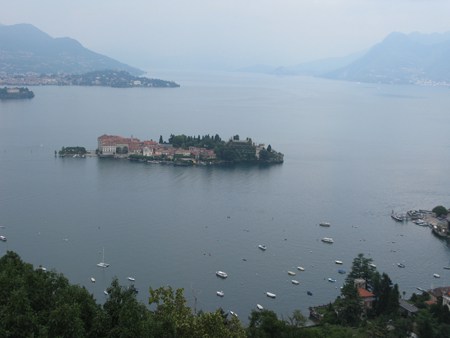 I took more photos as I walked back to the center of Stresa. For dinner Tuesday evening, I ate at il Pappagallo. The waiter for some reason kept calling me Catarina as he brought me to my table. I told him my real name when I was seated. Even though the waiter that seated me was not my waiter for the evening, he still called out my name a few times across the room asking me if everything was ok.

I was pretty hungry and ordered both a pizza bufalina (pizza with bufala mozzarella) and then some pesto pasta. I don’t know what I was thinking because of course I could not finish the pasta. I am sure the waiter thought I was crazy ordering this combination but it sounded good to me. I thought il Pappagallo served good food and was a fun place to eat. There seemed to be a mix of locals and tourists at this restaurant. On my way back to my hotel, I stopped at Ristorante il Vicoletto and made a reservation for the following evening since il Pappagallo is closed on Wednesdays and Ristorante il Vicoletto is closed on Thursdays.

I have mixed feelings about taking the cable car up to Mt. Mottorone. I thought the price was very expensive. 17.50 euros is a lot for a view. I also thought that the alpine garden was nice but it was pretty small. For someone really into wildflowers, it might be worth it though. I am more of a boat person and if I had it to do over again, I probably would have taken a boat ride to explore another town on the lake or maybe even taken the boat to Locarno or Ascona in Switzerland (2 places I visited in 2003) instead. Even so, I did have a nice day.

Next up ~ Wednesday ~ boat ride to Santa Caterina del Sasso