With the 2010 Winter Olympics fast approaching, I thought I would add an Olympic twist to my PhotoHunt post this week.

I took this photo of the balanced skier along with a few more photos below in Piazza Solferino in July 2006 while visiting Torino, Italy, a few months after the February 2006 Winter Olympics.

A beautiful fountain with sculptures balanced on platforms. 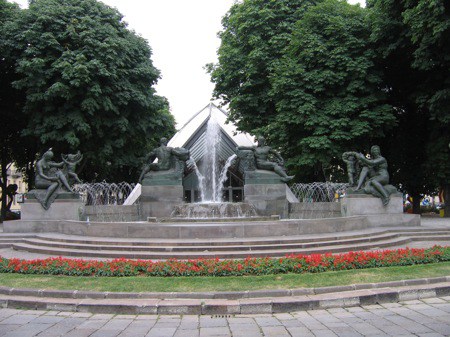 Another view of the balanced sculptures by the fountain. 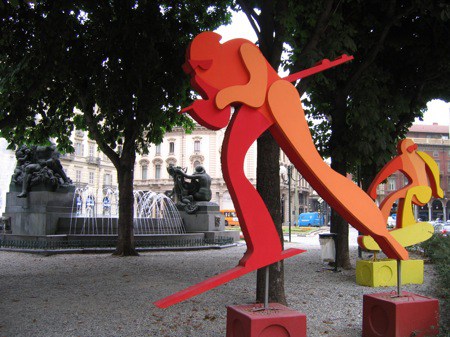 There are two atriums in Piazza Solferino. The atrium I visited was called
Atrium 2006.

Atrium 2006 housed images, films, and other information about the 2006 Winter Olympic games held in Torino. It was fascinating to explore, especially after watching many of the events on TV a few months earlier.

Piazza Solferino was not the only area showcasing the 2006 Winter Olympics. This symbol of the Torino Olympics was located just outside the train station

I also discovered the BC Canada House, located in Piazzale Valdo Fusi right behind the Hotel Victoria where I stayed. The BC Canada House was left to the City of Torino as a gift and legacy from the Province of British Columbia to the people of Torino and Italy.

I can’t believe it has been almost 4 years since I visited this wonderful city.