I had fun with the stop action portion of this assignment. Instead of posting the set of three photos (normal, over, and under) like I did in my last photo class post, I have decided to post a few of the normal exposure photos I took for this assignment. The first photo is the one I turned in (along with the accompanying under and over photos of that shot, which I am not including in this post). 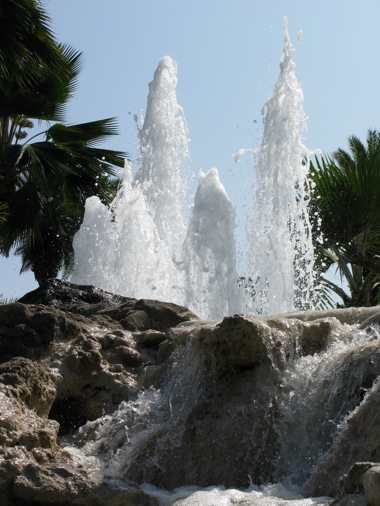 I had a more difficult time getting all three exposures for the motion portion of the assignment. It may have been the time of day I shot or the limited range of my point & shoot camera. I took this photo, which shows motion, but was not able to get an overexposed photo with the correct shutter speed to show motion since the shutter speed for this photo was 1/20.

We have had four classes so far. Next week is our final class! We have learned about aperture, shutter speed, five lighting styles for portraits, and ISO/shooting at night. I always thought it was so difficult to shoot manual and have been amazed at how much fun it is. I definitely still have a lot to learn but so far, it has been surprisingly easy to take photos that are in focus and exposed correctly when shooting manual (adjusting both the aperture in shutter speeds). I still need to figure out the whole depth of field concept.

Now that I understand the limits of a point & shoot camera (especially after our class learning about shooting at night) and because I am thinking about signing up for the second photography class that starts in mid-March, I have been seriously researching DSLR cameras. I thought about purchasing a one a couple of years ago, but ended up purchasing the Canon G9. It has been a great little camera and even survived a fall when running for a train in Pisa last summer but I think it is time to finally purchase a DSLR.

At this point the three cameras I am considering are the Canon Rebel T1i also known as the 500D (18.3 oz), the new Canon Rebel T2i also known as the 550D (18.7 oz), which is rumored to be released next week, and the Nikon D90 (24.8 oz). My teacher has recommended the Nikon D90 (he is a Nikon person). I like the viewfinder and the placement of the buttons and controls better on the Nikon but the lighter weight of the Canon cameras are even more appealing to me. I am leaning more towards the Canon cameras and probably the Canon T1i. The lens system is also an important consideration when deciding on a DSLR camera. I have been trying to read up on reviews of both Canon and Nikon lenses to help with my decision. At times it can get very overwhelming. I would be grateful for any advice anyone may have about cameras and/or lenses.

I have stopped in Best Buy but the people working in the camera department have not been very helpful. I did briefly hold the Canon XSi (another camera I was considering) and the Canon T1i while there but did not really get enough of a feel for either camera.

I also drove into town to a camera shop everyone talks about. They only had a much earlier Canon Rebel. When I told them I was thinking about the Canon T1i, they told me I should get the Canon T2i. This store seemed more interested in selling me the new camera when it came out instead of helping me understand and decide on which camera would be best for my needs. I later found out that they are no longer carrying the T1i and they do not sell Nikon bodies.

I have held an older Canon Rebel camera and the Nikon D90 at my photography class (cameras two other students own who sit near me).

I know all three cameras I have been considering are very good cameras (assuming the new Canon camera that has not yet been released gets good reviews). It is just such a huge decision. I know I will be happy with whichever camera I ultimately choose. I just need to decide on one and click that button pronto so I can start having fun shooting with a DSLR!

**EDITED 2-23-10 – I stopped at Best Buy again after work today. They had display models for both the Nikon D90 and the Canon T1i. I was able to get the guy to take off all the armor for each camera so I could get a better feel for the size and weight of each camera.

I found the Canon to be much smaller and lighter (as expected). The Nikon is better built as far as sturdiness (also probably why it weighs more). I liked the placement of the settings better on the Canon. I found it much easier to handle the Canon. I liked the kit lens on the Nikon better (18-105mm vs 18-55mm for the Canon), but the lens cost a lot more ($253 vs $50 more to the price for each camera). I thought that the Canon T1i optical viewfinder seemed to be better than the Canon XSi optical viewfinder (my experience on the Canon viewfinders came from past experience when trying out the XSi and a previous model). I did not find a huge difference between the optical viewfinders on the Nikon D90 and the Canon T1i, which was my main concern.

I liked the size, weight and the feel of the Canon T1i. I found the Canon to be a little easier to use (although I am sure I could quickly adapt to either camera). I think I have pretty much made up my mind that I will be going with a Canon. I just read that B&H and JR Music are already shipping the T2i so I guess I will wait a few more days to hear the reviews before making my final decision – T1i or T2i.

I will have to to try to not be such a klutz though with this camera. I don’t think it will survive a fall like my G9 did.