Tuesday June 7th:
After stopping at the Billa grocery store to pick up a few things, I got back on the vaporetto at the San Basilo vaporetto stop. I continued on towards Piazzale Roma. Although the rain had finally stopped, it was still gray, cloudy, and cool. 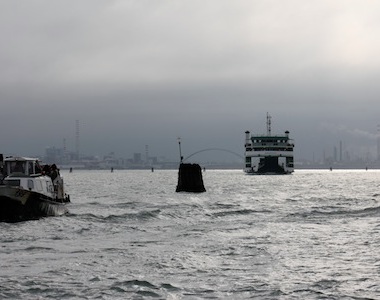 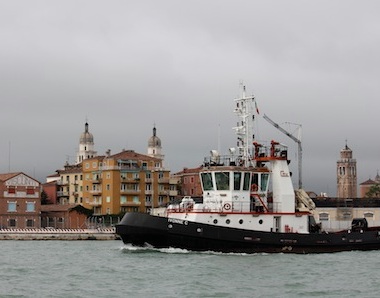 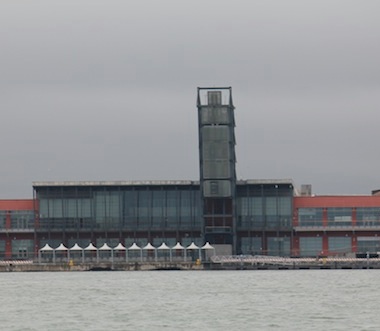 It’s hard to see when I reduced the size of this photo but this is a photo of a train leaving Venice and cars traveling to/from Venice. 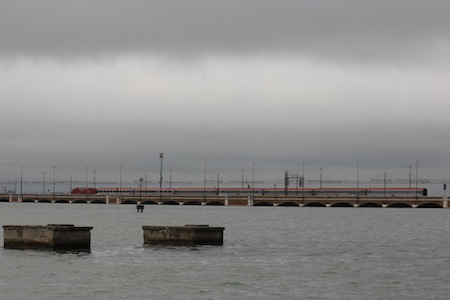 Here we are getting closer to Piazzle Roma 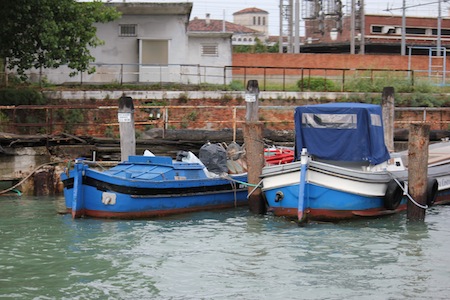 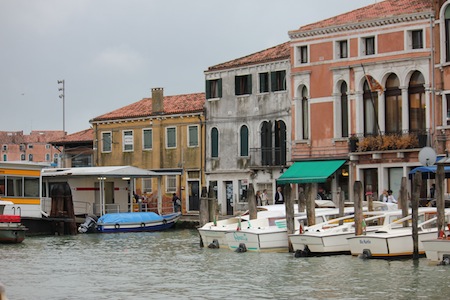 This is the one place in Venice where you will find buses and cars.

I got off at the Piazzale Roma vaporetto stop so that I could walk over the new Ponte della Costituzione bridge, also known as the Ponte di Calatrava. Why would I want to cross over this bridge? Well, it’s a new bridge and it is one of only four bridges in Venice that crosses over the Grand Canal. Plus, I have read a lot about this new bridge since it was built and I was curious to check it out. 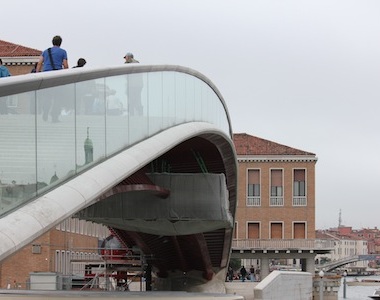 This is one of the lifts being built since the bridge it not accessible for wheelchair use. 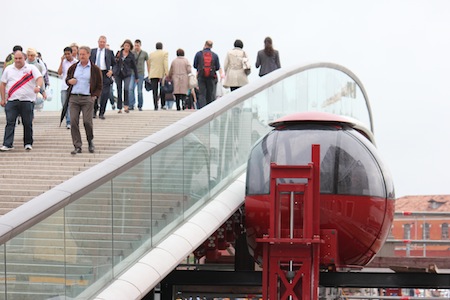 OR in English, “Until the installation of the lift, people with reduced mobility may reach Piazzale Roma by public transport free of charge.”

So in other words, I guess you have to take a vaporetto (using a free ticket) to get to Piazzale Roma until the lift is completed.

After crossing the bridge and taking a few more photos in the area, I jumped on the number 1 vaporetto at the train station and headed back to my B&B. Here is one of the photos I took near the train station.

That evening, more rain was threatening and the temperature was dropping. I decided to give the nearby Taverna San Trovaso a try. I studied my map, headed out, easily found Taverna San Trovaso, was seated right away (although other larger groups had to wait) and ordered a delicious rucola e grana (pomodoro, mozzarella, rucola e grana) pizza for dinner. YUM!! 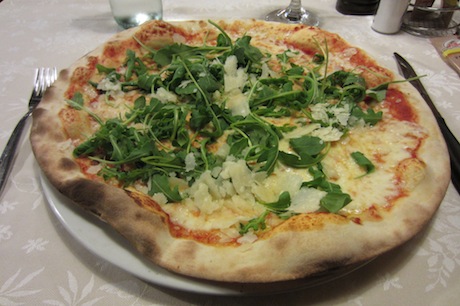 Even though the weather was not the best, it was still wonderful to be back in Venice once again.

Next up – Wednesday in Venezia