I am so glad September is pau!

The first week in September went pretty well, but then it all started. I had one of those weeks I would just like to erase from my memory. I should clarify though that generally work has been good and I love my students.

And THEN then the major meltdown of the Red Sox happened. My team. The team I passionately follow all year long. The team I have loved as long as I can remember, broke my heart again.

We were in first place. We were supposed to win the division. Then we started losing… and losing… and losing! We dropped out of first to the Yankees. Well, we still had the wild card. We would beat those Yankees in the playoffs. All we had to do was to beat the worst team in the league to stay ahead, but instead we kept on losing game after game. We won a few games here and there but we could’t even win two games in a row. It was bad!

Still, we were alive on the last day of the season. All we had to do was to beat the worst team in the league to stay alive for one more day (AND I am not even going to go talk about how the Yankees, who were ahead 7-0, blew their lead in the 8th, something they have not done since 1953, and took away the possibility of keeping us alive for one more day if we did lose)…

We were winning that last game. We still had hope. There were two outs, two strikes. All we needed was one more strike, one more out to stave off elimination so we could play that game number 163 and then… we lost.

AND if that was not bad enough… the following day, all these stories started coming out about things happening in the clubhouse. Stories that made fans question their faith and belief in the team they loved.

And then the unthinkable happened… Our manager, Terry Francona, also known as Tito, was gone. I didn’t even care anymore that we lost that last game. Losing Tito was much more devastating. I still have not been able to get through the entire video of his press conference that took place after it was announced that he was not coming back. I personally do not believe it was his decision to leave, at least without the strong influence from the owners and the actions of some of the players.

Tito, I wish you all the best. Thank you for the two World Series wins and for all of the years you managed the Red Sox. I will miss you. 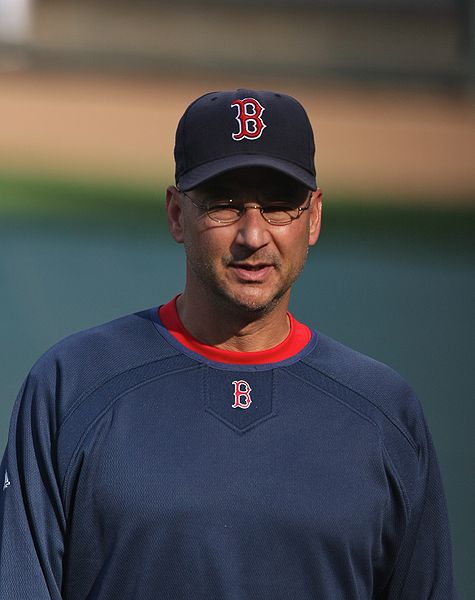 The ironic thing is that something exciting happened that last week in September. It just was such a bad week that at the time, I really did not care.

As I mentioned earlier in the year, this was my first year playing fantasy baseball. I managed two teams. One of my teams was in an anonymous league of 12 teams, meaning I did not know any of the other managers in this league. My other team was in a league of 20 teams. This was a much harder league because of the number of teams playing, which meant there were less players available to pick up. I knew most of the other team managers in this league through twitter. Everyone in this league was a Red Sox fan.

I worked really hard playing fantasy baseball. I spent many hours each week reading up on players, looking at stats, and watching baseball games (not just Red Sox games). I sweated out many a Sunday Night Baseball game hoping to win just one more category that week to move my team up in the standings. I was pretty obsessed, almost as obsessed as I was with the Red Sox. It wasn’t work though. It was fun. I learned a lot and I even made it into the playoffs with both of my teams!

So what happened to my teams?

The team that I nicknamed “my good team” ended up in fourth place at the end of the season (although this team did enjoy a second place spot for quite a few weeks this summer before taking a little dive during the last few weeks). I lost in the quarterfinals and ended up in fifth place overall after the playoffs were done. I was still very proud of my accomplishments with this team.

The team I nicknamed “my bad team” started out in 19th place. This was the team that was so bad that I set a goal at the beginning of the year to just not come in last place. I moved back and forth between 17th and 19th for the first couple of months of the season. I thought for sure there was no way I had any hope of getting into the playoffs with this team but I did not give up. Somehow, I started winning, and then kept on winning. I won the last 9 weeks in a row. The top eight teams made it into the playoffs. I ended up sneaking into 7th place that final week.

AND THEN…. I kicked butt in the playoffs! I won quarterfinals, the semifinals, and then I WON the finals! I ended up in first place and I am proud to say I did it without having one Yankee player on my team the entire year.

Once the last game was played that last day of the year, and it was determined that my team came in first place, this popped up on the league’s playoff page. Here I am in first place!

September is thankfully over. It has been nice having a week off of work to chill out (fall break). My Red Sox broken heart is slowly starting to heal a little, although it is going to take a long time to get over the loss of Tito. Watching the Yankees lose the other night helped some though. Not gloating here. They at least made it into the playoffs but seeing them lose as a Red Sox fan, sure did put a big smile on my face.

I am starting to feel a little more excited about my fantasy baseball team winning the championship. People have asked me what I got for winning. I didn’t play in a money league but I did get this trophy on my manager page along with a rating of 82% (which falls in the all star range).

I probably won’t be around much until November. Even though my team did not make it in, I am not ready for baseball to end.

Happy October everyone!! It’s got to be better than September was.

4 thoughts on “a month I would just like to forget”