Saturday, June 11th (cont.):
Once the rain calmed down a bit, I ventured back out to check out two nearby exhibits across the Accademia Bridge. The first exhibit, called L’Acqua e La Luce, was located in the yellow building to the left in this cool little campo which I believe is part of of the opening to Campo Santo Stefano.

The exhibit was a fascinating collection of photographs from a century ago along with a few short videos displayed. There were only a couple of other people in this exhibit. I took my time wandering through the two rooms, trying to imagine just what it was like to live in Venice so long ago.

The second exhibit involved purchasing a ticket to the Glasstress exhibit.

It was not really the glass that I was interested in, athough I was curious to see the inside of this beautiful palazzo and many of the modern art glass pieces ended up being fun to see. Instead, it was that little narrow house that was located outside the Palazzo Cavalli Franchetti that peaked my interest.

After purchasing my ticket, I inquired about visiting the house. The girl at the desk told me that it was closed due to the rain. What? That was not what I wanted to hear. Perhaps she did not realize that it had stopped raining. I used my best Italian to try to charm her into opening up this Narrow House, by Erwin Wurm, and it worked.

And now, I present you with the very cool little narrow house! 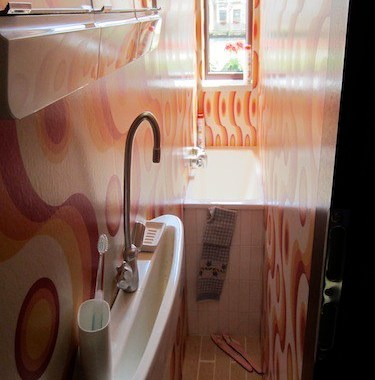 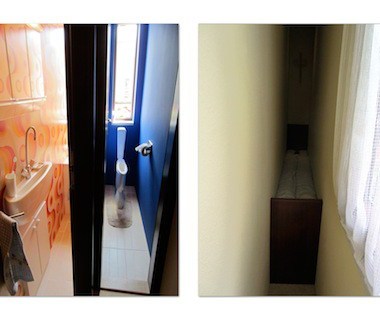 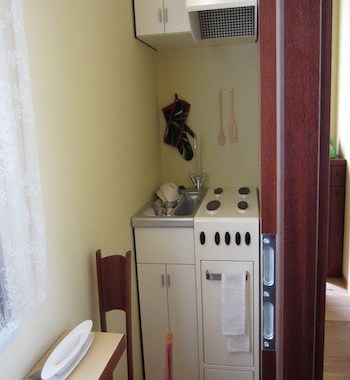 Inside the Palazzo Cavalli Franchetti 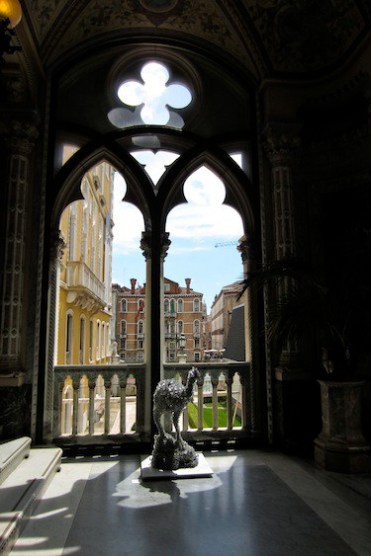 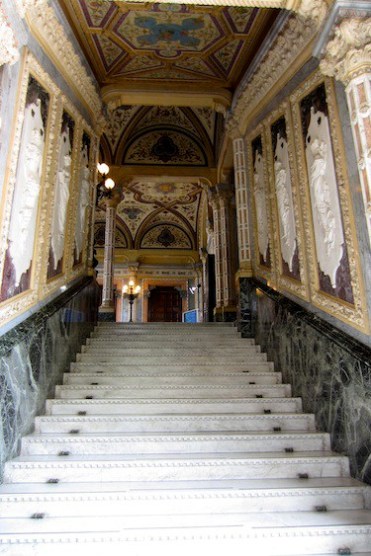 There was a sign saying no photos once I reached the rooms where the exhibits were housed.  Here is a website with photos of many of the Glasstress pieces.

I did manage to take a photo of the window facing out onto the Grand Canal. 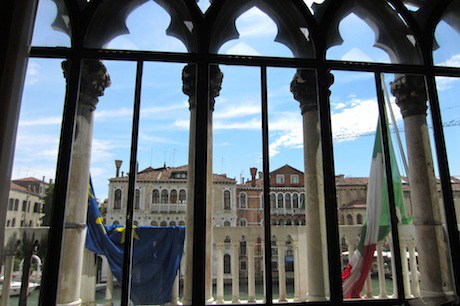 If you are interested, this website has more detailed photos of the inside of the Narrow House.

And… here are two more photos I took of the Narrow House next to the Palazzo Cavalli Franchetti. 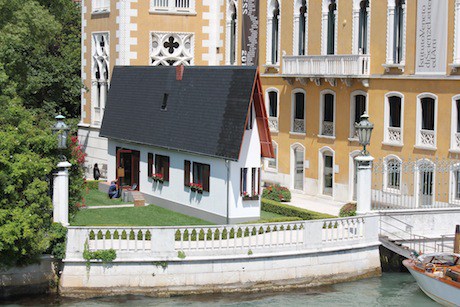 Next up – Saturday afternoon in Venezia ~ a visit to the Arsanale