After 90 years of men ski jumping in the Olympics, women have finally been included in this sport! Right now, they they are only allowed to compete in the normal hill event, but after a decade long fight, it’s a start. I was pretty excited for all of the women competing the other night in the ski jumping event in the Sochi Winter Olympic Games.

Last summer while in Steamboat, Colorado, I walked over to Howelson Hill one morning and watched a summer ski jumping practice event. There were little kids jumping, women jumping, and men jumping on two different hills.  Many of the Women’s Ski Jumping USA Team were also there that day. I took mostly photos that morning but I did take a few video clips. Here’s a video I made of the summer ski jumping practice event.

I can proudly say that I watched two of the three women who for the first time in history competed in ski jumping in the Sochi Winter Olympic Games ski jump last summer. I don’t remember hearing Jessica Jerome‘s name being announced, but I do remember Lindsey Van, who was one of the women instrumental in fighting for women to be allowed to compete in the Olympics and Sarah Hendrickson.

Sarah Hendrickson was the world champion last year and was the first woman to ever jump in an Olympic Ski Jumping event, wearing bib number 1 in Sochi. She was also the person who wiped out in my video. I love this tweet she posted:

If only I realized at the time that Lindsey Van & Sarah Hendrickson would be competing this winter in the historic women’s first ever Olympic Ski Jumping event! I would have tried to get their autographs!

Here are a few photos I took that day.

View of the two jumps: 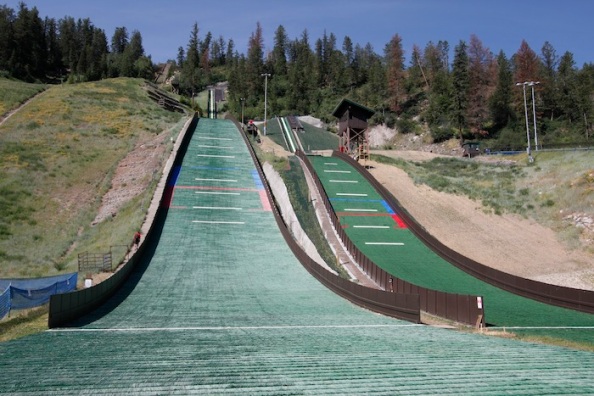 Heading up to the jump: 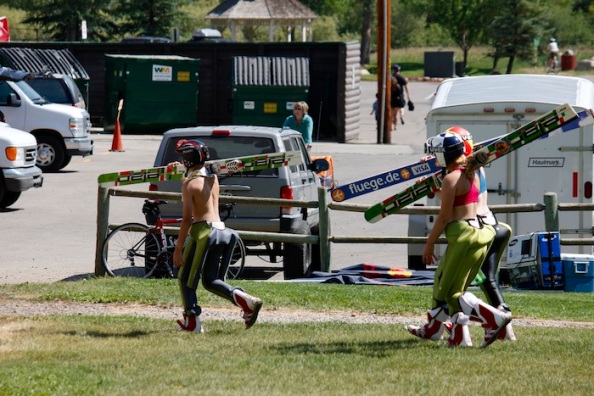 Getting ready to jump: 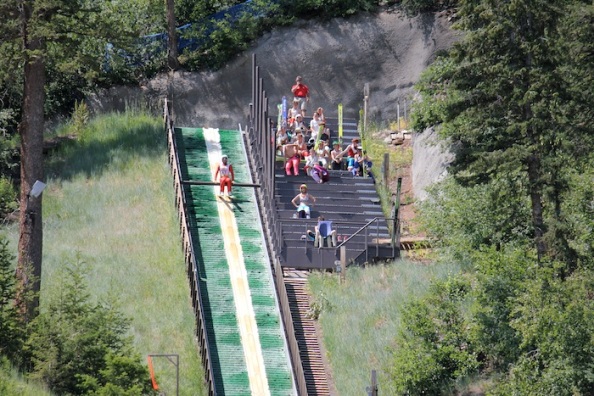 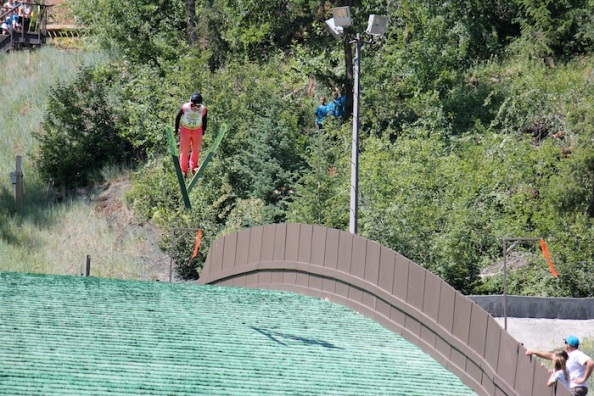 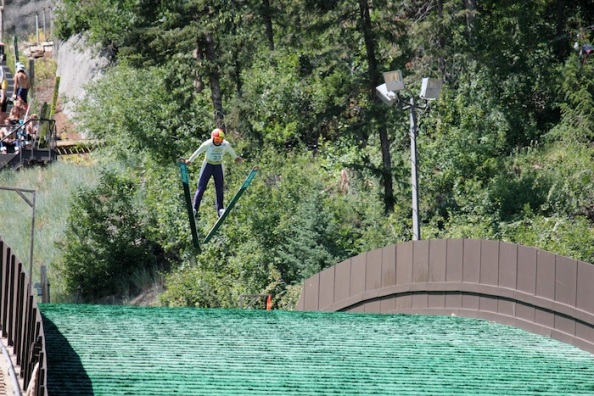 And the discussion after the jump: 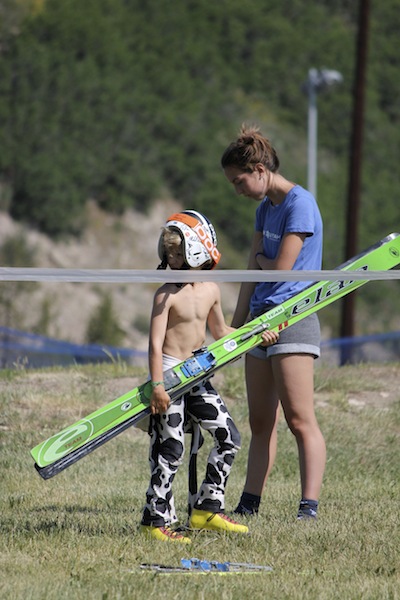 I am in awe of anyone participating in this sport!