Sunday, June 19th:
Sunday was sort of a lazy day for me. I slept in, watched a little baseball, and then headed out to explore Bologna.

I started out in Piazza Maggiore. I always enjoy taking photos of both the Fountain of Neptune and the Statue of Neptune. 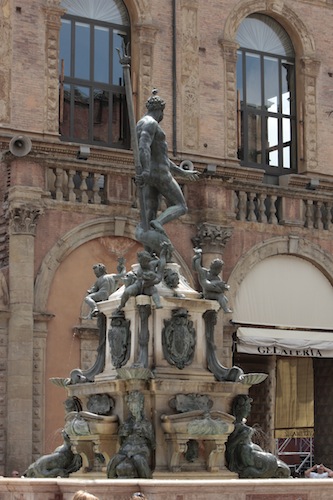 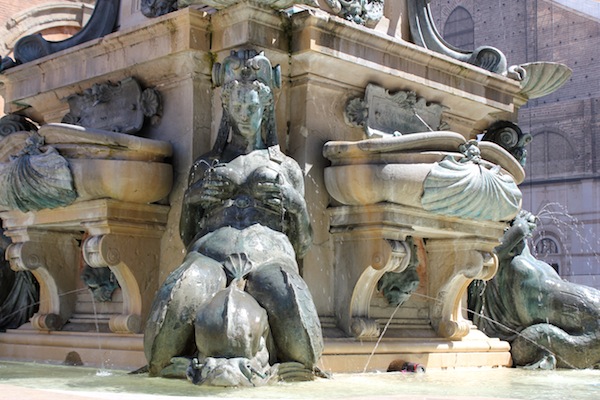 I went inside the Palazzo d’Accursio, also known as Palazzo Comunale. It is now a palace but had been the city’s Town Hall until November 2008. Here’s a photo of the inside courtyard. 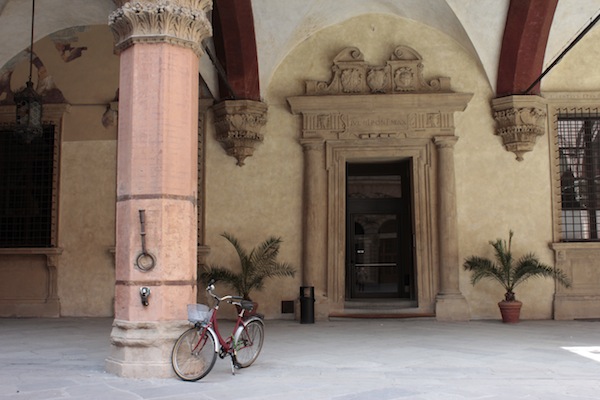 Donato Bramante’s cool 16th-century staircase is a famous landmark inside this palace. It was designed to allow horse-drawn carriages to ride up to 2nd floor (1st floor in Italy). 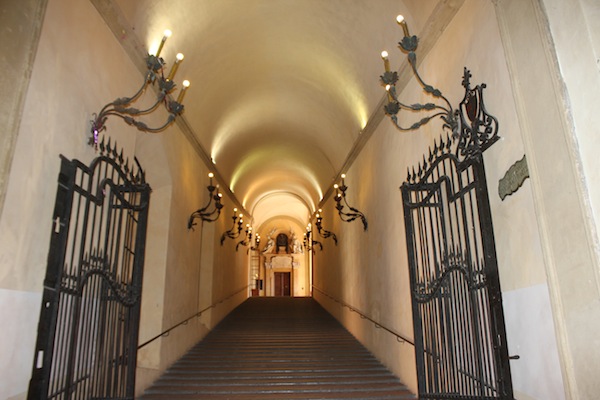 When I walked up the stairs, I discovered a photography exhibition of Bologna in the 60’s. I enjoyed it quite a bit. It was really interesting.

Next, I went over the the Santuario di Santa Maria della Vita (a church with an amazing terracotta statue display). Andrea brought me here and I wanted to return when I would have more time to take a few photos. 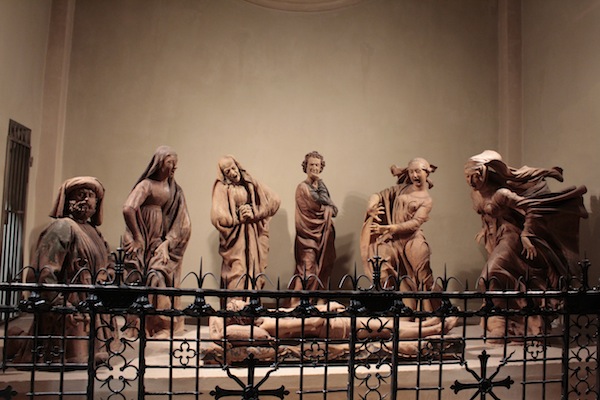 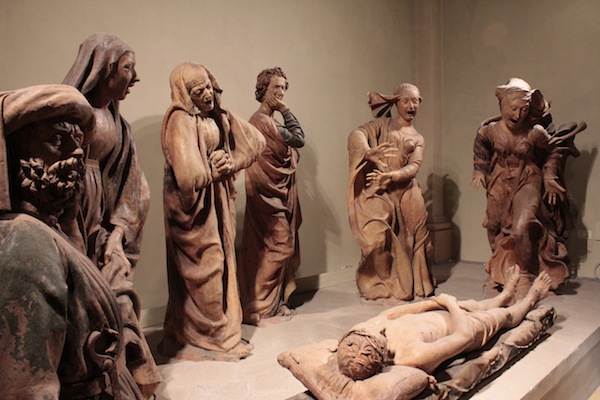 I stopped in a bookstore and bought a couple of books in Italian and then headed over to one of my favorite places to get gelato, Cremeria Funivia.

AND I went to Cesarina for dinner. Yum!! 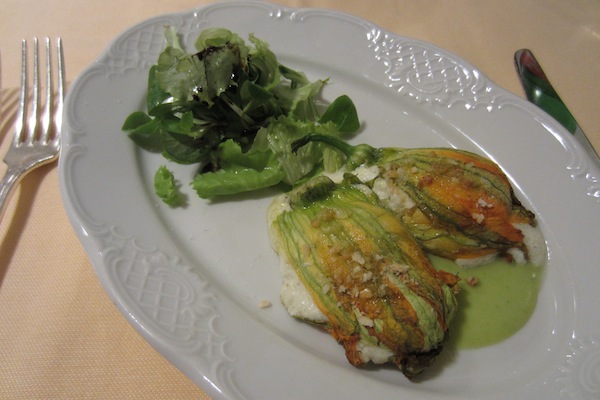 Next up – Monday in Bologna