Tuesday, June 21st:
Tuesday was my last full day in Bologna. Instead of exploring something new, I decided to do a few things I have done before that I have enjoyed. First, I walked through the food market and again. Not only will you find fruits and vegetable, but you will also find various types of meat, cheese, and fish. 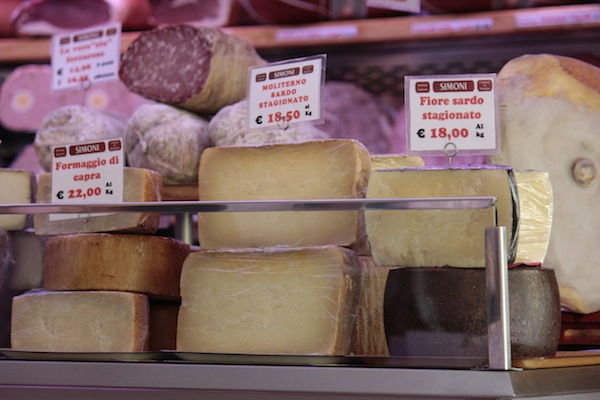 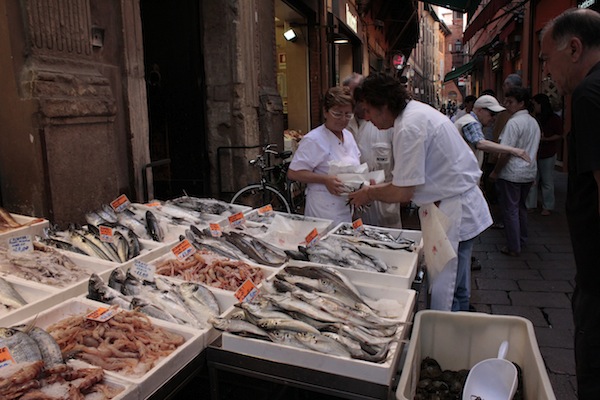 Next, I stopped at Caffè Pasticceria Zanarini for an espresso and a pastry. 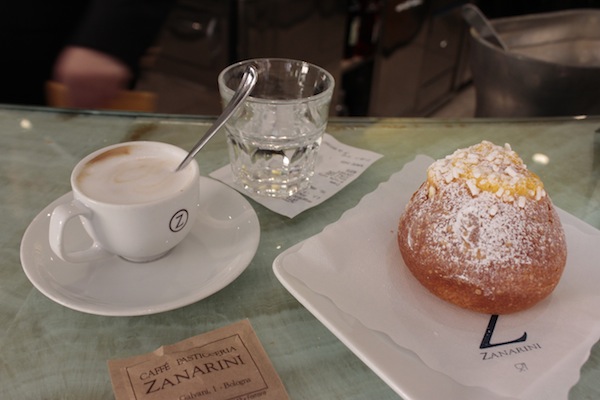 I took the bus to the start of the hike under the 666 portico arches up to the Sanctuary of the Madonna of San Luca (Il Santuario della Madonna di San Luca ).

Here’s a post with more photos of this hike from my 2008 trip.

Once I arrived at the top, I was greeted with this sign – closed :( 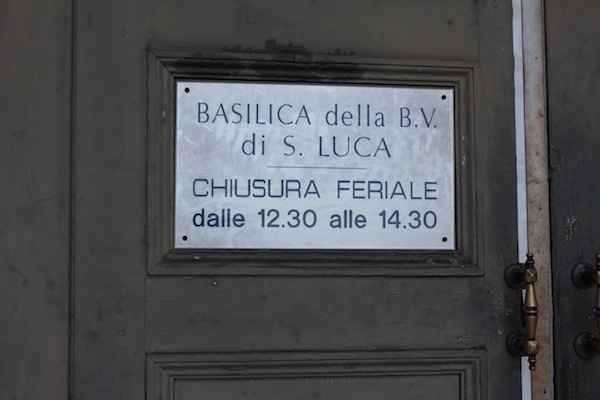 I really wanted to go back into that church, but I guess it wasn’t meant to be. The hike was still worth it though as I was greeted with amazing views like this one… 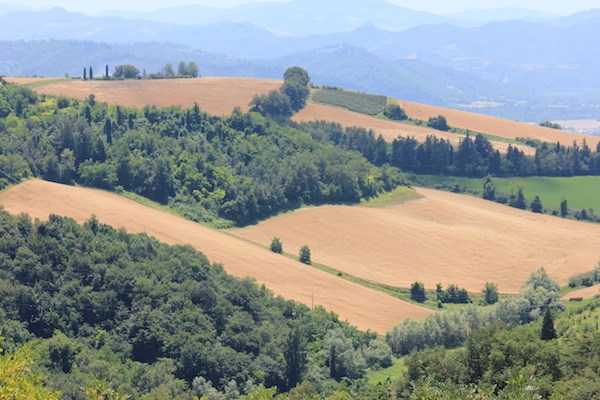 After spending some time up at the top, I hiked back down, took the bus back to the center, and then stopped for lunch at this place that had no name. I walked by this place a few times while I was in Bologna. It was located on Via Altabella, not far from my apartment. I ordered a caprese salad to go. It was not the typical Italian caprese salad but it was melt in your mouth yummy!  I did not think about taking a photo until it was almost gone.

After lunch, I headed back out and walked over to the Basilica di Santo Stefano.

Here’s a post from my 2009 visit with more photos about this church.

The weather on Tuesday was hot. After leaving the Basilica di Santo Stefano. I walked over to Cremeria Funivia and ordered a refreshing sorbetto. I think it was peach and lemon. 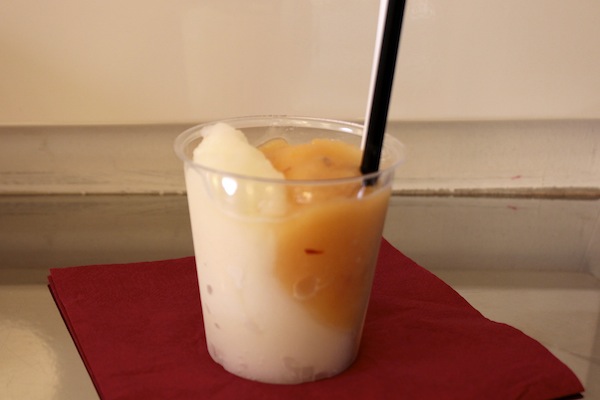 On my way back to my apartment, I peeked in the Palazzo d’Accursio (or Palazzo Comunale) and discovered this interesting exhibit that just popped up (since I was just there two days ago). I took a photo of the sign because I was not sure exactly how else to describe it.

Here are a few photos I took: 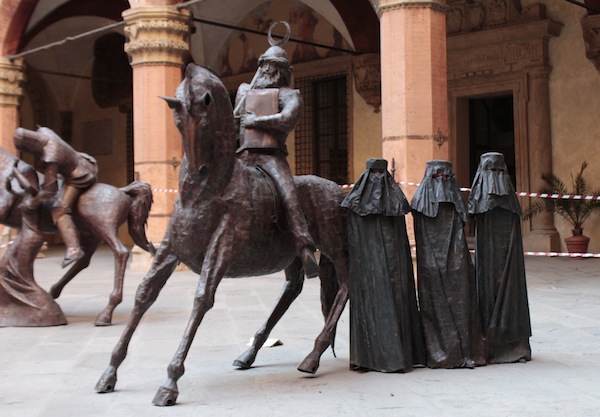 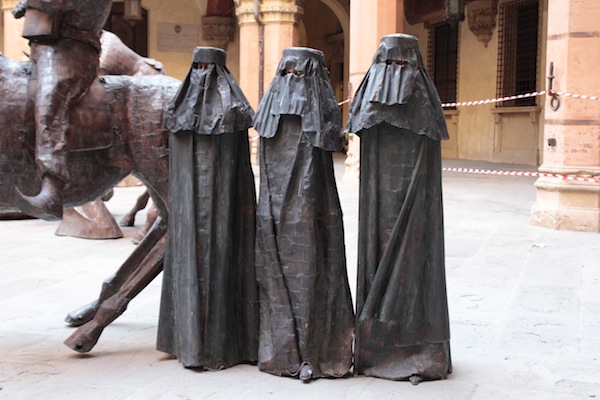 That evening, I returned to Divinis. 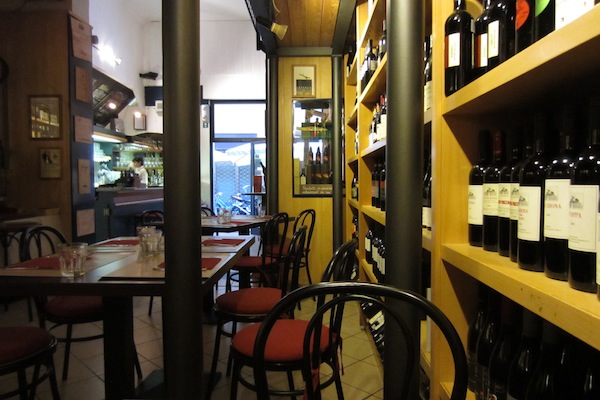 I ordered a delicious pasta dish and another panna cotta for dessert. A perfect ending to another perfect day in Bologna! 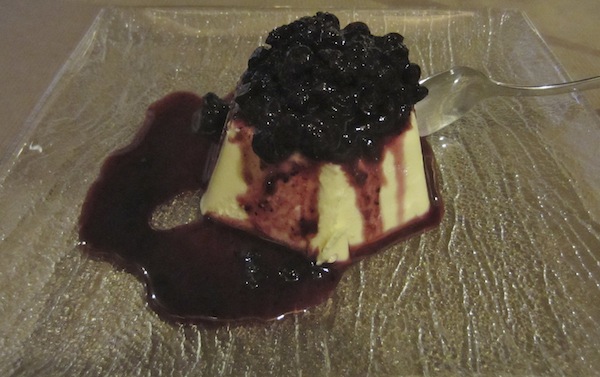 Seven years ago today, I started my shave ice & gelato blog. Can’t believe I have been blogging this long! One more post to go to finish up my 2011 trip to Italy!