In August, I went camping for a few days outside of Aspen with a big group (my aunt/uncle and many of their friends). We camped at Difficult Campground. I bought a brand new very warm sleeping bag for the trip, which came in handy with the cold temps at night. I ended up borrowing a tent after finding out last minute that the waterproofing on my tent fly sort of disintegrated from the heat and lack of air, being rolled up and stored under my bed for years in Hawaii. This tent worked out well until it rained one afternoon and leaked after a huge rainstorm during our 3rd day there. Luckily I brought a yoga mat and most of the water ended up under the mat! Lesson learned… make sure the ground cover under the tent is not sticking out past the tent so water does not pool and make sure your tent is not pitched where there is a dip in the ground. Despite the leak, I had a really fun time! 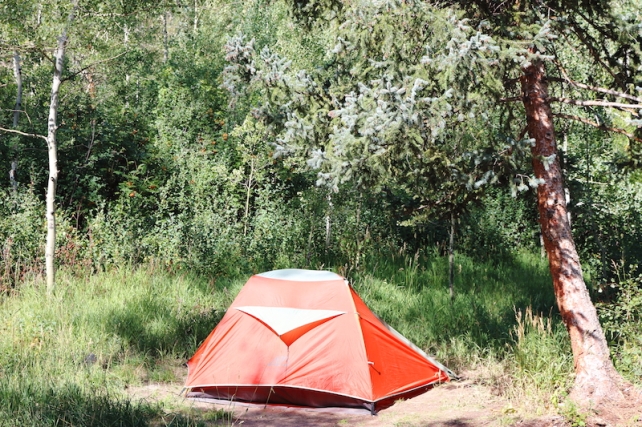 This bear warning sign was attached to the picnic table at our campsite. Basically keep everything out of your tent! The no water bottles in your tent was the biggest surprise to me. The nice thing was that there were metal storage boxes at each campsite to store everything. Fortunately I never saw a bear during our time there. I was a little nevous though when walking to the outhouse in the middle of the night! 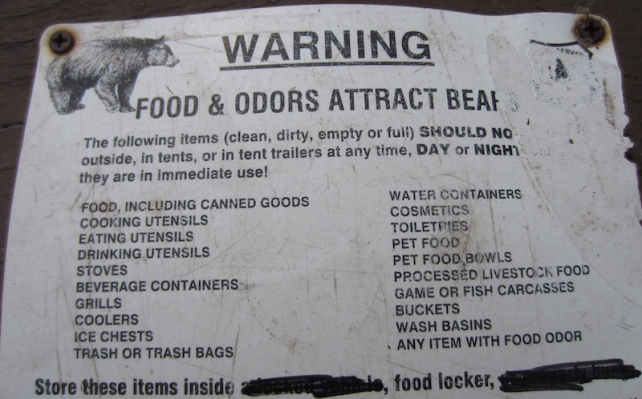 I went on some beautiful hikes while there. The day after we arrived, the entire group decided to hike Lost Man Trail up on Independence Pass. We started at the upper end of the trailhead. This trail is a loop hike. It is 8.8 miles long (I believe roundtrip if not parking a second car at the other end) with a little over 2000 feet in elevation gain. We really had no plans as to just how far we would go that day. We were just out to enjoy the views! Because of the weather and a late start, we ended up turning around sooner than we planned. Below are a couple of photos from this hike, including a photo of me with my aunt. I will do another post later on with more photos of this hike…(link to that post). 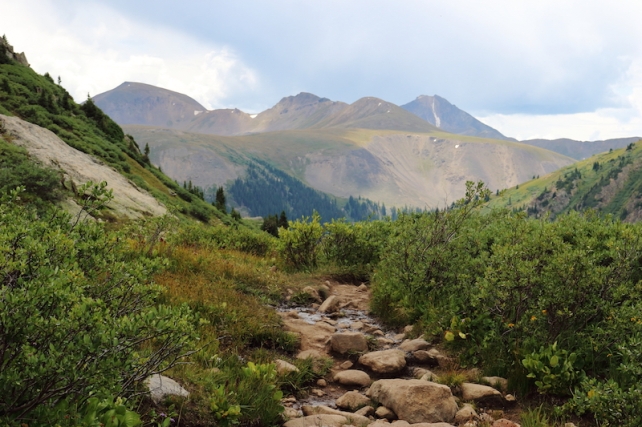 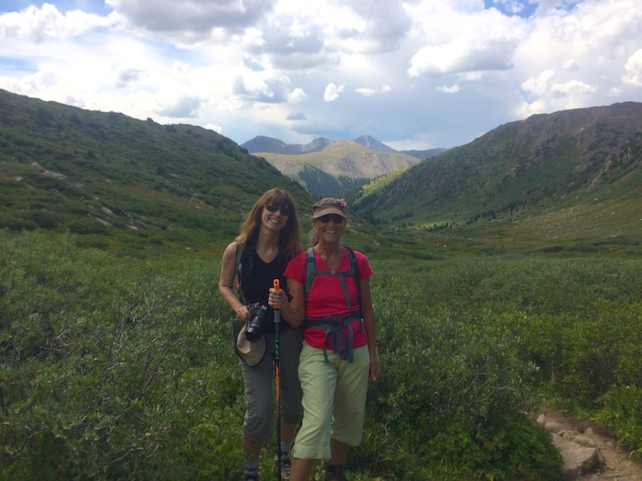 Later in the day, some of us did a very short hike to explore the area on a trail just off of our campground. Weather again turned us back. 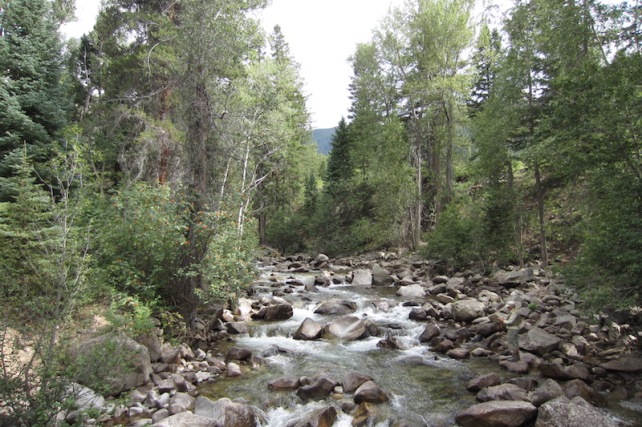 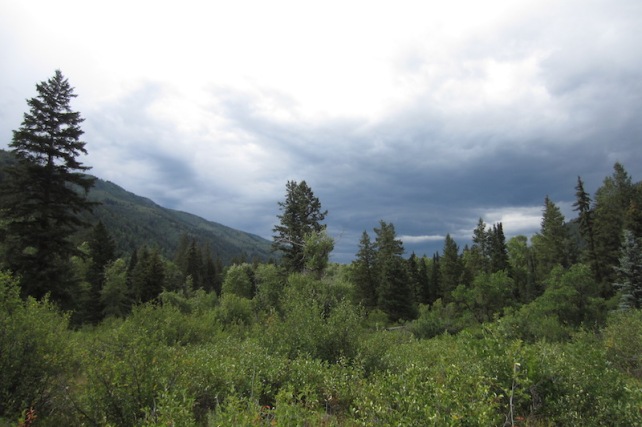 The following day, we all split up doing different things. Some had to head on home, some went on bike rides, and I went on another hike with one other friend. We decided to start at the lower end of Lost Man Trail to see if we could complete the hike, reaching the spot where we turned around the day before. This hike surprised us as it was a totally different type of hike than the upper end of the hike. Again, with our late start, the weather turned us around sooner than we planned so we never got to do the middle section. All we need now is a helicopter ride to the middle section to complete this hike!

The first photo below looks back towards the the reservoir. This part of the hke was not too far from the trailhead. The next photo shows the contrast with the woods we encountered on this hike. I will do another post later on with more photos of this hike…(link to that post). 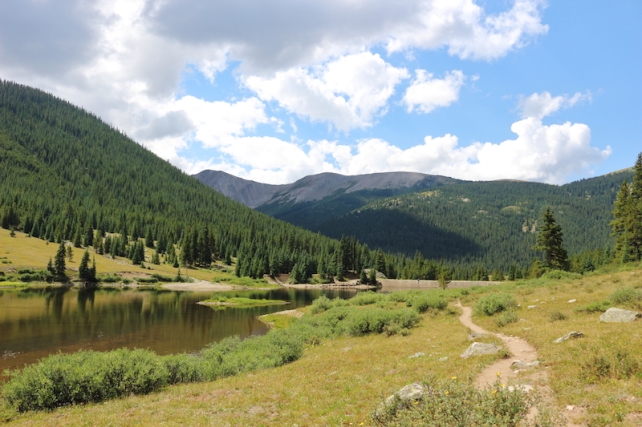 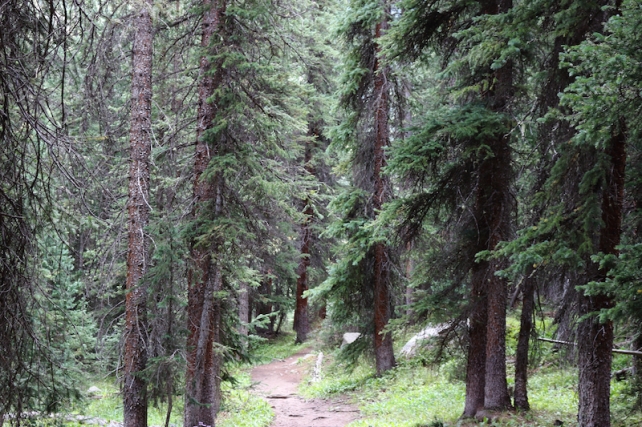 Since it was only sprinkling when we arrived back at our car, we stopped at this place called The Grottos, which was on the way back to our campground. The trail to the cascades was only about 1/3 of a mile long. Still, I was a little worried about the storm headed our way. Lightning and thunder freak me out. I am really glad we stopped despite my yelps about the lighning and thunder getting closer and closer. Below are two of my favorite photos. The first one is of the ice caves and the second one is of the cascades. Again, I will do another post with more photos later on…(link to that post). 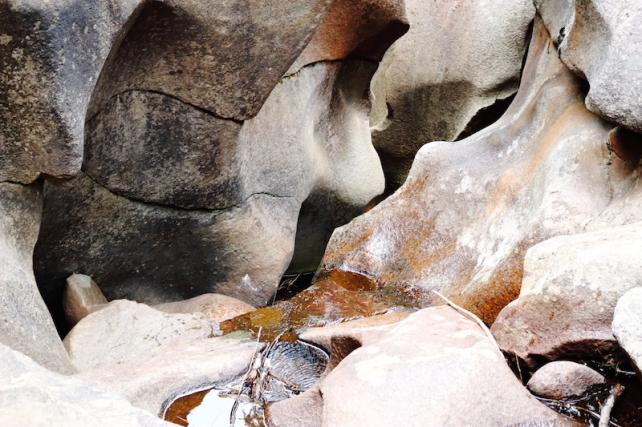 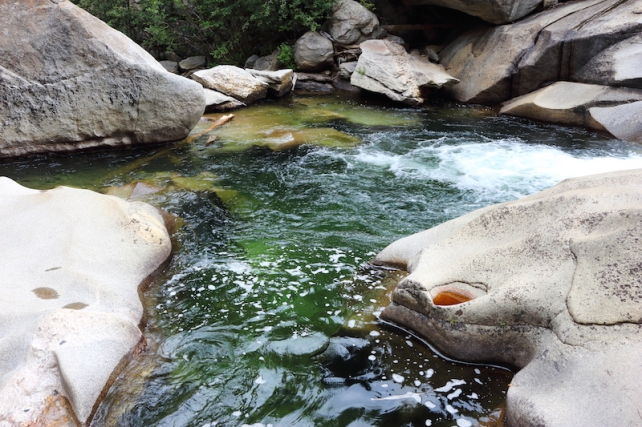 After returning home, I ordered a new tent. I also bought a very thick sleeping pad. I hope to do some more camping in the future but it will have to wait until next year as the weather is turning very chilly at night now. Frost again on my car this morning!

One thought on “camping trip in August”