We had a “SNOW DAY” today at school! In Hawaii, a “snow day” means snow will be delivered to your school instead of school is canceled due to snow. Twenty tons of “snow” were ordered and delivered early this morning. After all the rain we have had recently, I was worried about the weather. Fortunately, it turned out to be a beautiful day with rainbows in the sky. The temperature was about 80 degrees. A perfect day for snow!

After the first 10 tons of snow were dumped, the first scheduled, Preschool, Kindergarten, and Grade One came out to play. Each class took a class picture and then everyone went wild!! Santa also stopped by for a visit.
Halfway through our scheduled time, the second truckload of snow arrived. The timing of the arrival worked out perfectly as the students were able to see the snow being dumped. As the truck prepared to dump the snow, the students chanted “dump it, dump it!” and then squealed with delight as the snow was dumped in another big pile.

Channel 9 News came to our school and showed a quick clip of our Snow Day on the evening news, but it hasn’t been posted on their website. Below are some snow shots (without students).

Beautiful December morning in Hawaii at my school: 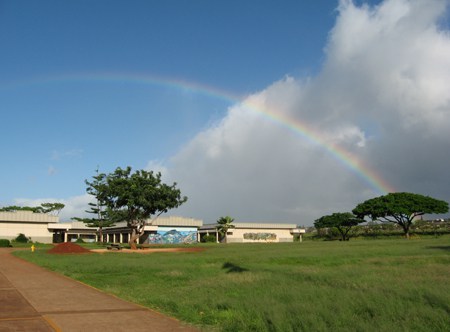 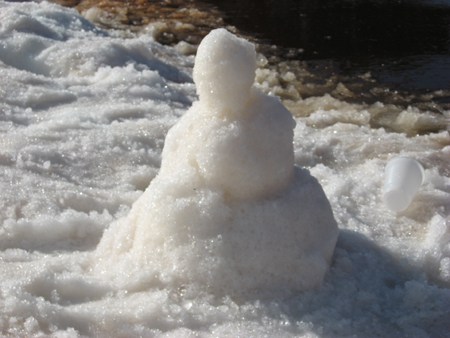 The second 10 tons of snow being delivered:

Hawaiian Snowman on a sunny afternoon:

I miss the snow!!