I am blown away every time I visit the interior of the Baptistery in Parma. It is my absolute favorite baptistery in Italy. I find it even more beautiful than the two amazing baptisteries covered with mosaics in Ravenna.

The inside of the Baptistery of Parma contains 16 sides and 16 arches forming alcoves. Sixteen rays come out of the center of the ceiling, corresponding to the 16 arches. The cupola was influenced by Byzantine concepts. The 13th and 14th century frescoes and paintings in the baptistery were perhaps not true frescoes. According to Wikipedia, the paint started coming off of the walls and literally hung on. Due to this, the Baptistery had to be painstakingly consolidated and restored with syringes and spatulas. 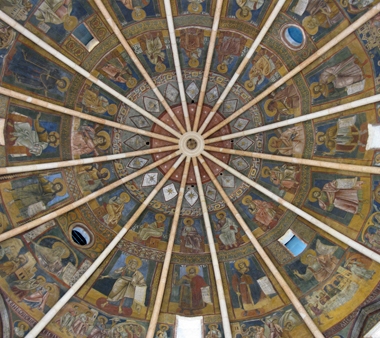 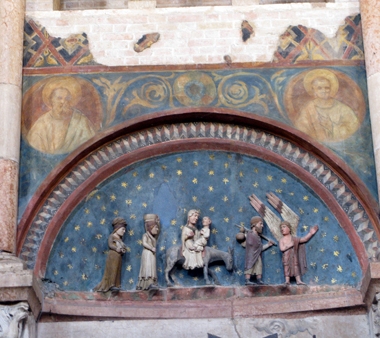 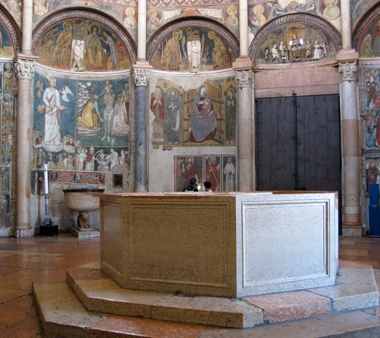 3 thoughts on “interior of the Baptistery of Parma”